Try a one-hour private lesson in ANY language. Activate your trial here!

Our teachers are the core of Fluent City and all speak with native-level fluency. They come from all over the world—from Paris to Tokyo to Buenos Aires (and everywhere in between!) and are eager to share their love of language with you. Explore some of their stories below.

César is an avid traveler. He has lived between Latin America and Asia during the last 3 years.

Roa is an experienced and patient Arabic tutor who has proudly worked with students of all ages, learning levels, and from all professions for 15 years. As someone who had to master three languages, she can relate to language learners.

Mario has a strong background in Spanish instruction. He has a communications B.A. by University of California San Diego and has studied other subjects such as political science and psychology. He is an avid reader and a passionate instructor!

A native of Belarus, Julie relocated to the United States after earning her degree in English Education from Minsk State Linguistic College.

Jonathan grew up bilingual speaking English and Spanish at home, and his lifelong fascination with languages has only grown from there. Jonathan has spent years of his life living in in Mexico, France and Iowa, where he earned a BA in French & Spanish.

Tania uses real materials such as videos, newspaper and magazine in order to target students main interests when it comes to learning Spanish and Italian.

Andrés was born in Venezuela. He's an anthropologist with two diplomas for teaching Spanish and Portuguese.

Catalina is a Costa Rican native and graduated from the Universidad Nacional de Costa Rica with a degree in Language Education. She has over 14 years of teaching everyone from international professionals to PhD candidates.

Born and raised here in New York City, Adam developed a fascination for languages and cultures early on.

Moises is a passionate bilingual educator from Nicaragua

Carolina was born in Colombia, grew up in Panamá and has taught Spanish in the US since 2005. Her students affectionately call her Caro. She holds an MA degree in Spanish Language and Literature. Aside from teaching, Caro loves dancing and meditation.

Eric is a skilled French teacher with a degree in French language and experience using his French with the Peace Corps in Senegal. He is a passionate and experienced language learner having studied six different languages!

Esther is from León, Spain. She has a BA in Flute Performance and an MA in Education. She found her passion for teaching through teaching music in Spain for the past 10 years. She is especially good at adapting to her students' specific learning styles.

Sophie was born and raised in Paris. She has been teaching French for more than 15 years

Paola has been a language teacher since she completed her Bachelor's degrees in Languages and Sociocultural Studies, and in Political Science, in 2005

Allan is a Honduran-Canadian Spanish teacher and novelist. He has taught Spanish and Social Studies in Honduras and worked as a private tutor and Spanish interpreter for community health centers in Canada.

Francesca is a native Italian speaker with a Masters in Modern and Contemporary History that included coursework in Italian linguistics. Francesca launched a food blog, "A Glimpse Of Food" where she shares her passion for cooking, history and Apulia.

Lea is a teacher, writer and filmmaker who often brings an anthropological perspective to her lessons and her work. In her spare time she is writing her first novel “Il Pleut des Cendres”, set during the Neolithic era in Europe.

Born in Mexico and having lived there for 16 years prior to moving the the USA, Bertha is a certified Spanish teacher and a native speaker. She graduated from Texas A&M International University with a Bachelor's degree in Spanish.

Confidence is key, and Hiyori is passionate about helping students unlock their potential.

Helen spent her childhood in France and has used her languages both in a business context and, for the last twelve years, in a secondary school in the UK. When not teaching, she loves running, yoga, meeting fellow linguists and hanging out in Central Park

With a background in theater, Lexee is a French instructor who likes to get her students learning through fun and unconventional teaching methods. When not teaching French classes, Lexee is probably working on her next screenplay or reading a Camus novel.

Being a passionate learner of languages herself, Natalya is fully aware of the difficulties the learners might face while learning languages, especially Russian

Fluent City's Head Arabic Instructor, Khaled is a Syrian-American who has been teaching in the US since 2013. He has a vast knowledge of various dialects. Khaled enjoys traveling, trying new cuisines, and attending concerts and Broadway shows.

Mindy has been teaching since 2007.

Israel has 25 years of teaching experience in Los Angeles, New York and Guatemala and believes that learning a language expands your understanding of different worlds. Israel is also a certified triathlon coach and once did an Ironman in France.

Passionate about languages and intercultural exchanges, Alexandra has taught English and Spanish as foreign languages for over 12 years. Originally from Puerto Rico, Alexandra loves teaching because it gives her an opportunity to learn new things as well.

Rico cannot wait to teach you Portuguese and maybe a thing or two about his home country. He is a native of Angola and has firsthand experience learning other foreign languages. He taught high school Portuguese and some English prior to coming to America.

Jen has three loves in her life - language, dance and family. She has experience teaching at the high school and college level, in addition to her work conducting online lessons with adult learners for Fluent City.

Yasunori studied film and has worked as Video and TV director for many years. Yasunori moved to NYC about four years ago and has experience teaching both Japanese and English.

Eirene is what you might call a language guru: she grew up speaking English, French, and Chinese, and now also speaking Spanish, Russian, Italian and Swahili. She holds a Master's in International Affairs and was a Fulbright scholar.

Stella is a native Chinese speaker who lived in Beijing and Shanghai for over 20 years and worked in finance media, TV, and music with multinational companies.

Elah has worked with both adults and children from a wide variety of backgrounds. She cherishes each student and each challenge by finding their learning style and ability, and always connecting on a heart level.

Jacqueline is a Senegalese American who loves learning all types of languages. She has been teaching French, English, and Spanish for more than eight years and loves it. She has a B.A. in Modern Languages and Psychology and a J.D.

Ready to get started? 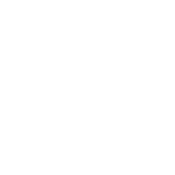